Amazon began in a two car garage in 1995. It was two men, including the CEO Jeff Bezos, who packaged and shipped items from their garage in special boxes labeled with the company name and logo. The image of the two piling books on top of an old door, while they awaited packaging, continues into the company’s mythos today. Most of the desks in the Amazon corporate office are still made of decommissioned doors. 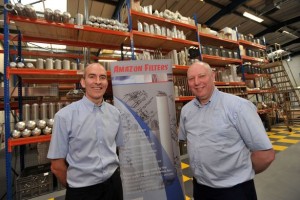 Back then, Amazon sold primarily books. It was thought to be a direct competitor of Barnes and Noble or Borders Books. Even though it did eventually outlive Borders, and rose to compete against Barnes and Noble, the company was strictly shipping back then.

Amazon took advantage of price and selection. Prior to the company’s founding, people simply went to a specialized store to get what they wanted. Amazon took advantage of the basic laws of economics to fill a much-needed niche. They offered a wide variety of goods, so wide that no one store could carry Amazon’s selection, then offered generous shipping deals to get those goods directly to the consumer.

This was all before Amazon’s Prime service, when the company was more like a shipping company than a retailer. Gradual increases in people’s acceptance of the Web also contributed to Amazon’s success. People used to be nervous about making purchases online, now we do most of our Christmas shopping from our desktop. The availability of luxury goods online also contributed to Amazon’s rise to success. As more designers began to offer high-quality products, Amazon secured exclusive deals to distribute those products at a price that is often well below retail cost.

Phin Upham is an investor from NYC and SF. You may contact Phin on his Twitter page.