The Blavatnik Award is a prestigious honour given to those who have worked hard at their industry and moved it further with their innovative prowess. To truly understand what this award means, one has to look back at who Mr. Blavatnik is. 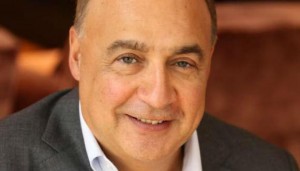 Len Blavatnik is most commonly known as an industrialist in multiple fields, covering chemicals, media and real estate just to name a few. What most people don’t know is that the Ukrainian-born industrialist gained all his wealth through strategic investments in numerous other industries. Blavatnik Columbia has founded the private company Access Industries and is currently held as the second richest person in the UK, with an estimated fortune of twelve billion dollars.

His early life was consumed by higher education, graduating in both Columbia University and Harvard, with a master degree in Computer Science and an MBA from Harvard. Calling him smart and hardworking would definitely be an understatement as these courses from these universities are not what you would call easy.

For now, all you can do to even try to achieve that award is to emulate Blavatnik and his studies to better the various industries that you are concerned with. It is mainly given to young scientists that have certain prerequisites where in a board will do a bit of research into your work and determine if you have what it takes.