Whether you’ve heard of the Blavatnik Foundation or seen Len Blavatnik in the news, you can probably guess that this USSR-born entrepreneur has an interesting story behind him.

Blavatnik was 21 when his family was able to get visas allowing them to leave the USSR and come to America. Once here, it was clear that his ambition would take him places. He would graduate from Columbia with a masters in computer science. He then went on to earn an MBA from Harvard Business School.

However, before he had his MBA, Blavatnik was the head of his own company, Access Industries. The company is currently located in New York, but has a presence all over the world. Amongst other things, the company is focused on real estate, media and chemicals. 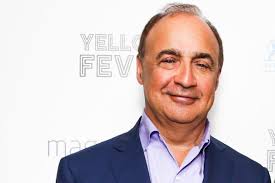 This is far from the man’s only passion though. He also has a philanthropic side to his personality, which he expresses through the Blavatnik Family Foundation. For over 15 years now, the foundation has focused on providing entitlements to those looking to receive a better education or providing to the world of art and culture. The British Museum is one of the foundation’s favorite recipients, though there are a number of others on that list too.

Len Blavatnikis an entrepreneur unlike any other out there. From his humble beginnings to his role in Access Industries, he’s a great example of the results of hard work