Today, when the average person wants to purchase a home he or she has to find a lender willing to loan them money. That money comes at a particular interest rate, which the lender uses to make a profit on the loan. This was not always the case. Throughout American history, home ownership has been an important component to our rights and society. 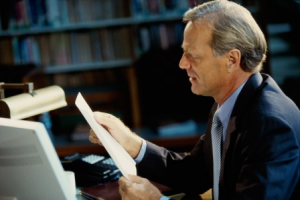 There was a time when it was quite difficult to get a loan. Prior to the Federal Home Loan Bank Act of 1932, loans, if they were done at all, were given by insurance companies.

These mortgage payments were more like short term loans, and nearly all of them had some kind of balloon payment attached. This put people in debt perpetually, so the Bank Act of 1932 was a response to that. Home ownership means stability, and the opportunity to retire in relative safety.

If banks got involved, and loans were amortized, the repayment of debt would be a much more realistic prospect. This evolution in banking gave birth to the Federal Savings and Loan boom that occurred shortly after the Great Depression. Capital was cheap so long as lenders lent their money to individuals seeking home loans.

Once the loans were coming from banks and not insurance companies, repayment terms became manageable and more people would retain ownership of their homes. This was a major stepping stone on the path to wealth accumulation for many Americans, especially veterans.